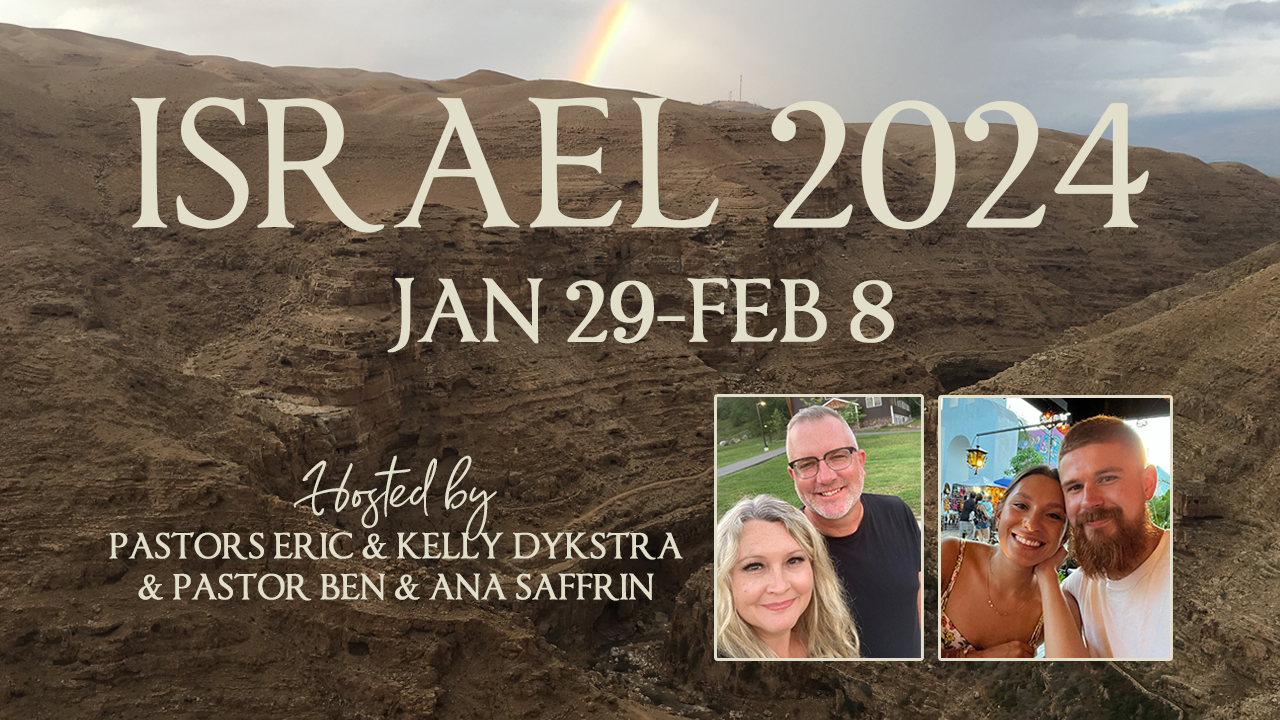 A trip to Israel is truly the trip of a lifetime. Join us to experience it for yourself!

Fuel your passion for Jesus as you travel to locations you’ve read about in the Bible. Walk where Jesus walked and learn about His life on an incredible adventure guided by Pastors Eric & Kelly Dykstra and Pastor Ben & Ana Saffrin. Your understanding of Scripture will come to life, and you will never be the same! 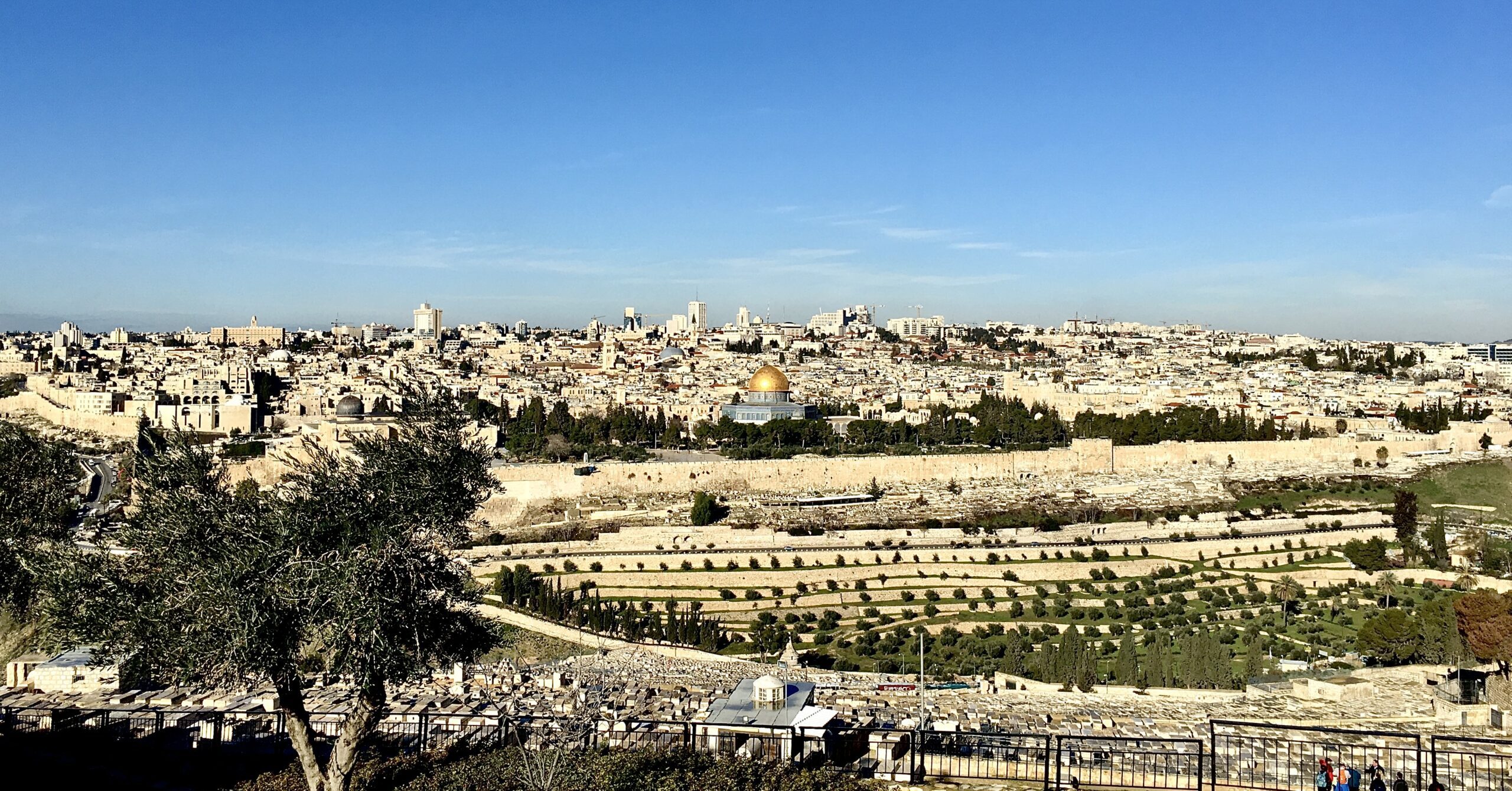 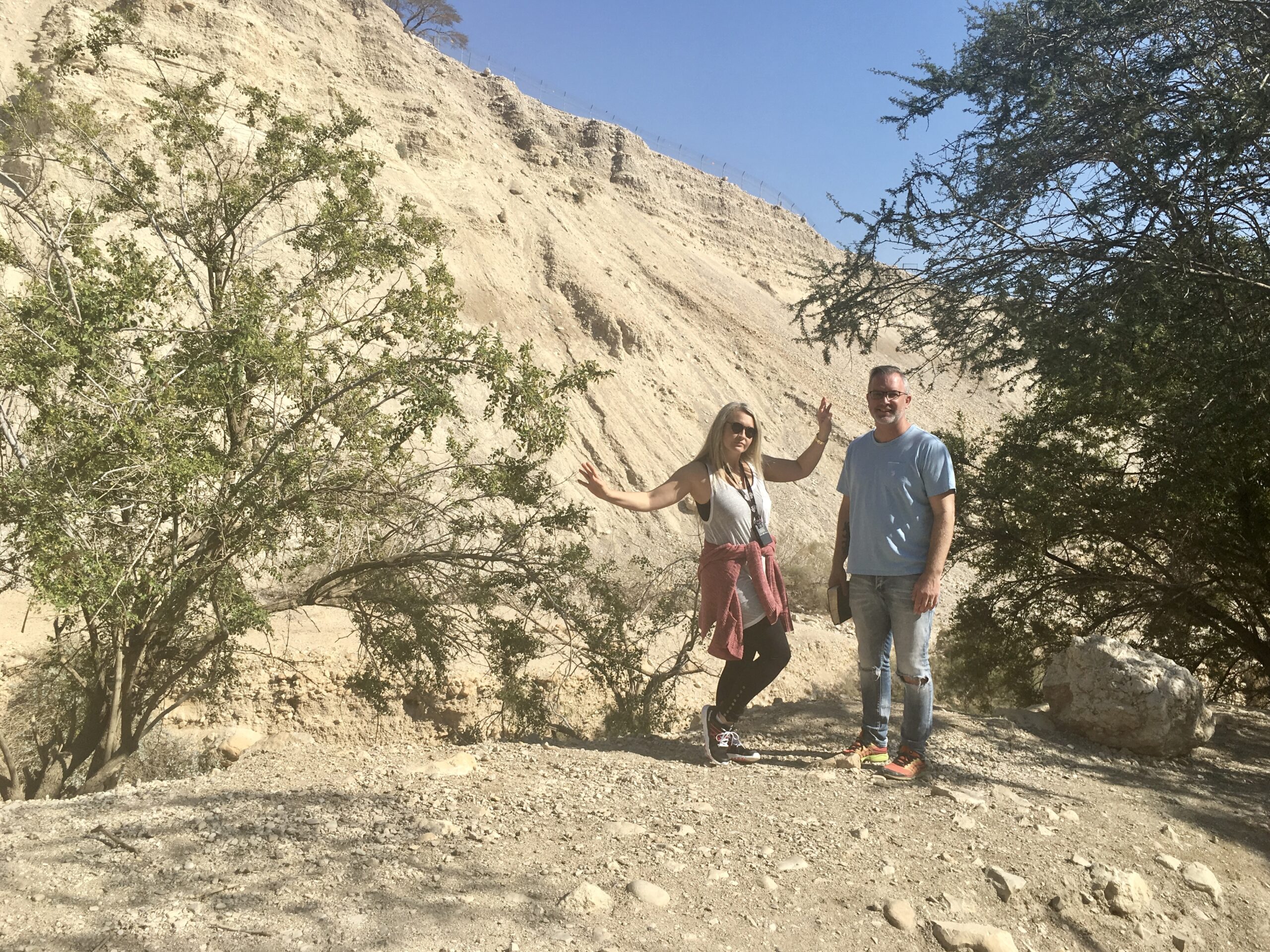 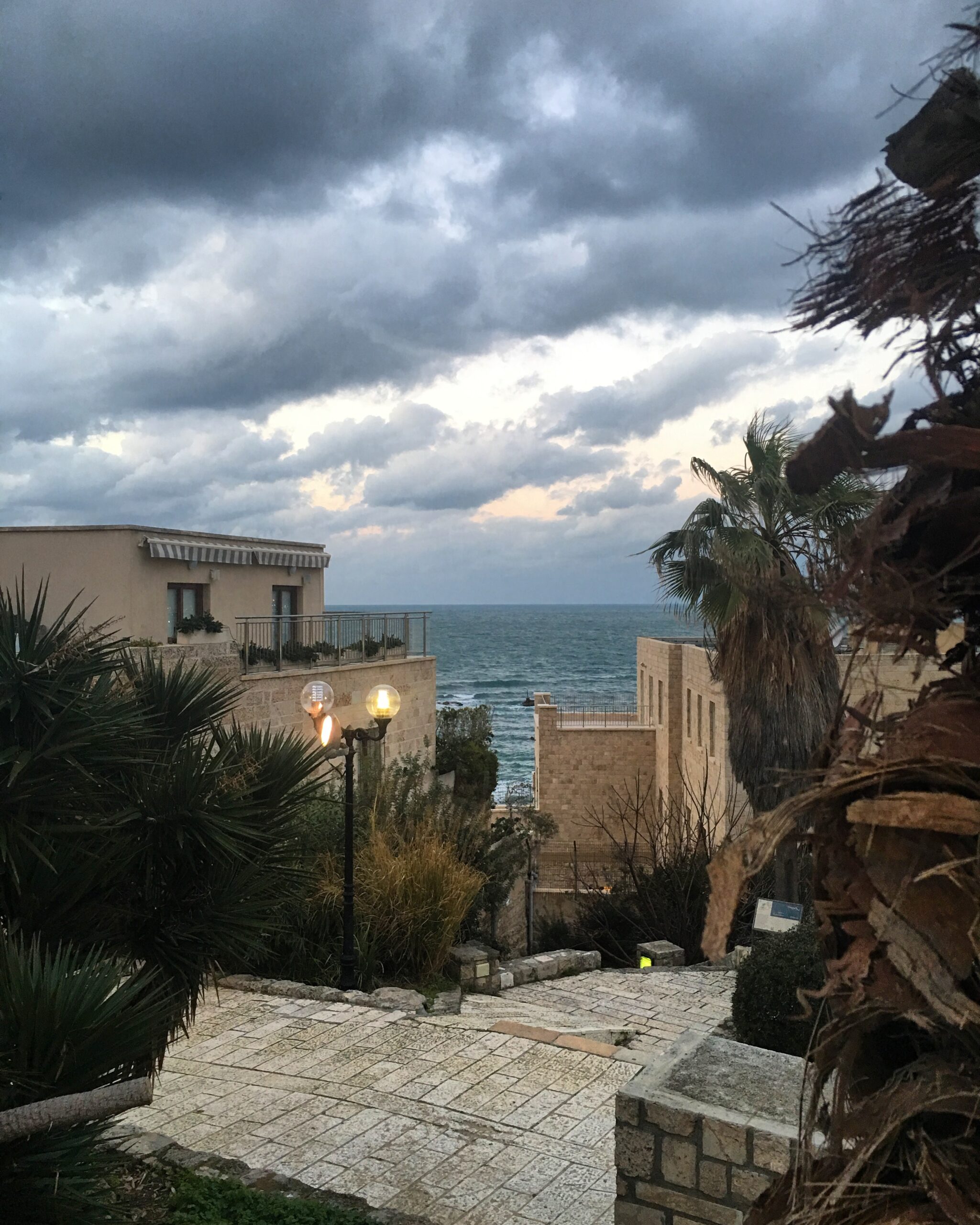 These are many of the sites and their Biblical significance.

Tiberius (hotel on Sea of Galilee)

Mount of the Beatitudes:

Church of the Primacy of Peter

Valley of the Shadow

This is the garden where Jesus prayed before he was betrayed by Judas and crucified. Matthew 26:36

Church of the Nativity

This is a church built over the spot where we believe Jesus was actually born.  Luke 2

These are fields where the angels appeared and told the shepherds where to find Jesus.  Luke 2

A mountain fortress where the Jews made their last stand against Rome.

David hid from King Saul in these caves. 1 Samuel 24

This is an archeological dig of the Southern Wall of the Temple Mount.

Church of the Holy Sepulchre

Actual site of Death and resurrection of Jesus Christ.

Alternative site of the death and resurrection of Jesus. Matthew 27:57-28:20